Far Cry 2 is an interesting game. Stunning in many ways, and yet unarguably flawed. This game tends to draw impassioned reactions. Love it or hate it, you won't be indifferent to it. I think the key to getting the most out of Far Cry 2 is approaching it in the right way. 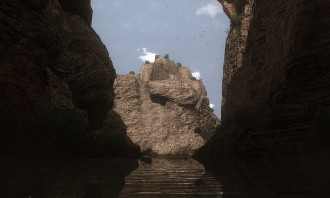 While there's no doubting that Far Cry 2 was a beautiful game for its time, and still holds up remarkably well, thankfully graphics wasn't all it had going for it. Too often games are just power fantasies, or when they do disempower you, it's in a scripted cutscene. That isn't Far Cry 2. Landing in an unnamed African country as a foreign mercenary, it's not long before you're scrambling for weapons and ammunition, and suffering from malarial attacks.

It's not just there that the game does what it can to disempower you, either. Dynamically simulated fire is a key weapon in the game, useful for flushing enemies out, or just plain overwhelming them. It's a double-edged sword, however, just as liable to change direction and turn on you. Enemies patrol along the roads of the game, and will be drawn to the sight of fire, or the noises of battle. 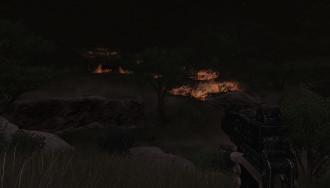 The interplay of all of this is either pure hell, if you have set plans you want to stick to, and not change, or if you're willing to embrace it for what it is, and adapt to the changing situation, a shot of pure adrenaline. Executing a plan perfectly, watching all your plotting line up perfectly can be fun, no doubt, but the moments you're really alive in Far Cry 2 are when things start to go south. Darting door to door under heavy mortar fire; desperately seeking the shelter of a nearby rock outcropping where you can fix your jammed gun; trying to judge the right angle to run to avoid both your enemies and the wall of wildfire raging towards you; abandoning any pretence of control and sprinting away at top speed under fire from enemies, both entrenched and freshly arrived. These memories will always stick with me in a way so many expensive, heavily scripted FPS campaigns will not, because of the scope of things that can go wrong, the ways I can address it, and the games' trust in me to do so. 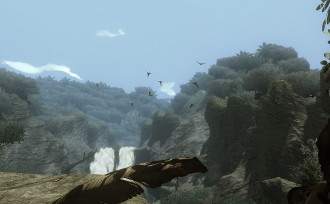 Key moment: The gradually dawning realisation that maybe not everything here is above board. That you're committing some pretty questionable acts, in the pursuit of survival, and maybe, just maybe, you're not a force for good.