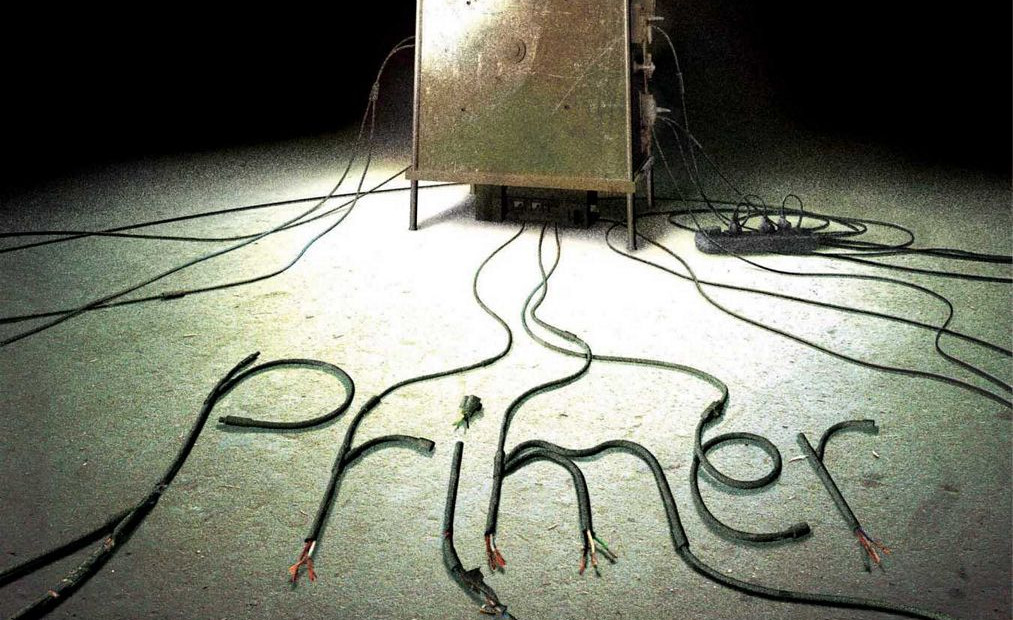 There's a faint air of menace, a hint of tension, in the background of this movie right from the beginning. I'll happily admit I'm a sucker for any creative work that can pull that off just right. There's a perverse delight in feeling that something is going wrong, or is about to, and waiting for the other shoe to drop.

It takes a while for Primer to get there. It takes a while, really, for anything much to happen. The film opens with four engineers building something in a garage, and the dialogue feels authentic -- in that barely comprehensible way where you can divine that there is a logic behind the words, you're just not quite sure what it is. 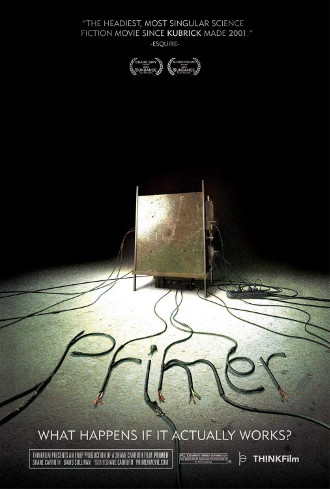 Primer is, in short, a time travel movie that actually works. It's a joy to see time travel tackled this well. Unlike so many others, Primer never gets lost, even once the time travel gets going -- although the audience may well get lost instead. If travelling back in time were actually possible, there would be some truly mind-bogglingly complex scenarios opened up, and while Primer never becomes overly entangled just for the sake of it, it doesn't hold back either.

The best way, I believe, to approach this film is to treat it like a puzzle. The narrative contains the clues, and it's up to you, the watcher to figure out what is really going on, and make sense of the various conflicting arcs. It may take several sessions watching it -- I got a good idea of what was going on my second time through, and then confirmed most of what I suspected on the third. Whether you like the film may ultimately come down to how much you enjoy this process. For my part, though, I think it's worth at least giving a try.