One of the more unusual games I have played, or expect to play. While longer term fans of Ice-Pick Lodge, an arty Russian game development studio, often swear by their older title, Pathologic, a game whose remake I am eagerly anticipating, The Void was their first game which I played. It's difficult to overstate just how much wonder this game engendered in me. 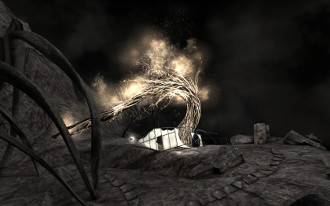 What is The Void? In The Void, you come into the world, an empty spirit, knowing nothing, and nearly powerless. The world in question is some sort of limbo, a series of connecting chambers, inhabited by the Sisters, creatures with the appearance of women, who control further access through the world. The Sisters are guarded by Brothers, semi-human monstrosities composed of a melding of human and machine.

The Void is a place which revolves around colour. You possess the apparently blasphemous power to restore colour to the world around you, and then harvest it again. You store it inside your body, in a succession of hearts you collect. Storing different colours will affect you in different ways. As time passes in the void, these colours drain out of your hearts, turning into a fuel for the magical abilities your hearts grant you. The void itself is affected by your use of colour, and seems to have been slowly fading away before your arrival. Once, you get the impression, the void was filled with a riot of colour, but now it is almost all grey and lifeless. 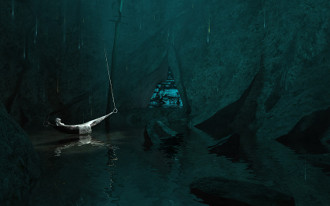 Notice the disclaimer 'you get the impression', above. Were it just for the mechanics to do with colour, The Void would still stand out as a unique game, but it has more tricks up its sleeve. Unlike too many games, nothing in The Void is ever established as the truth. Different characters will feed you different lines, and you never receive an exposition dump. It's up to you, as you venture through the world, to try to make sense of what is happening around you, and of what the true agendas of the Brothers and Sisters truly are.

This feeds into the difficulty system as well. Though you are walked through the basic mechanics of the game, you are definitely not led by the hand. This is a very difficult game, and it is quite possible to end up in an impossible situation. My own first attempt at playing it necessitated a restart several hours in, once I had a better feel for what a good strategic approach would be. Now, I'm a fan of challenging games in and of themselves, for the challenge, but here it goes a step further. The gradually dying void itself and the character dialogue show the player the reality of this once vibrant, but now slowly starving world, but having to eke out your existence, moment to moment, never sure if you'll live long enough to make it to your next harvest of colour demonstrates to you the truth of what is being said. If ludo-narrative dissonance is often a problem in game worlds, this is a brilliant showing for ludo-narrative harmony, and what it can achieve. 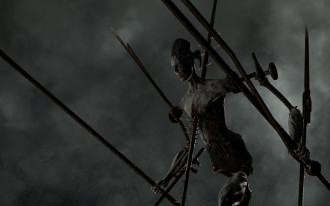 Between a beautiful game world, interesting and challenging gameplay, and amazing character design, there's few parts of this game I don't love.

Key moments: Bringing a dead garden back to life, and light. Setting foot in a new chamber you've just unlocked, and taking a moment to enjoy its unique character.